Who Is Left Behind at the Rapture

Who is left behind at the Rapture if the Christians are taken away? The answer is given by our Messiah, who declared that the Saints are the ones not taken. Noah and his family were spared, while the wicked ones were destroyed.

Christianity, with its many strange doctrines represents yet another man-made religion. Is it not based upon the commandments and doctrines of man? Our Messiah, (the one they falsely call Christ) clearly taught that the one who is left behind will reign with Him on earth for a thousand years.

Who is left behind when Yahweh Returns

1 Th 4:15 For this we say unto you by the word of Yahweh, that we which are alive and remain unto the coming of Yahweh shall not prevent them which are asleep

As it was in the days of Noah, so shall it be at Messiah’s second coming. The flood came, and destroyed all of the wicked ones.

Matt 24:39-40 And knew not until the flood came, and took them all away; so shall also the coming of the Son of man be. Then shall two be in the field; the one shall be taken, and the other shall be left behind.

When Messiah returns a second time, one group of people shall be taken away. The unbelievers will be condemned to Hell, to await the final judgment; this is when death and hell are thrown into the lake of fire. 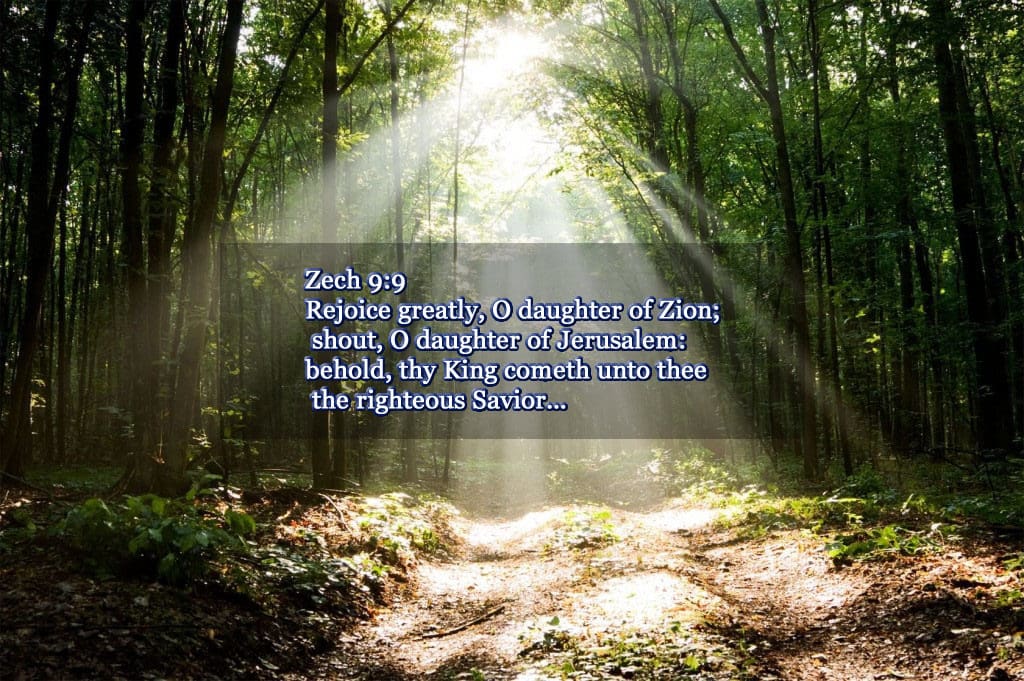 The many multitudes of false teachers proclaim the exact opposite of what Messiah the Savior taught. They also falsely declare that we can be saved, even before our Savior returns to reward us with Salvation.

1 Peter 1:9 Receiving the end of your faith, even the salvation of your souls.

The Elect are left behind -The Second Gathering of Israel

But he that shall endure unto the end will be Saved, and this is the one who is left behind (Mark 13:13).

Whosoever has the Spirit of Yahweh dwelling within, is left behind to inherit everlasting life.

However, if any man does not have not the Spirit of Yahweh, he is none of His and will be taken away (Rom 8:9).

2 Tim 4:8  Henceforth there is laid up for me a crown of righteousness, which Yahweh the righteous judge, shall give me at that day: and not to me only, but unto all them also that love his appearing.

Our Savior said, “when you see these things come to pass then look up for your redemption is at hand.” These things represent the events of the great tribulation, so then the Pre tribulation Rapture deception represents yet another false teaching.

1 Cor 15:52 In a moment, in the twinkling of an eye, at the last trump: for the trumpet shall sound, and the dead shall be raised incorruptible, and we shall be changed.

The timing of when the Elect are changed is obviously at the end of the tribulation period, which has a duration of three and one-half years.

Rev 11:15 And the seventh angel sounded; and there were great voices in heaven, saying, The kingdoms of this world are become [the kingdoms] of Yahweh, and of  the Messiah Himself; and he shall reign for ever and ever.

The last trump is at the end of The Great Tribulation period on earth, when we shall be changed, and put on incorruption and immortality. The Pre tribulation Rapture deception is a heresy and is one of many false beliefs adhered to by those who are merely playing church.

One shall be taken and the other shall be left behind

Paul states that he also will receive the crown of righteousness at the same time as all those that love Messiah’s appearing do. Messiah’s second advent to the earth, also fulfills the prophecy “Thy Kingdom come, Thy will be done On earth as it is in Heaven”.

The unbiblical notion of deliverance from the great tribulation represents a pre-tribulation rapture fairy tale. According to this mainstream Christian fantasy, the apostle Paul must wait until the end of the great tribulation for his reward. Apparently, the raptured church is rewarded prior to the return of Messiah the Savior, and they also escape His judgment. This is an absurdity, similar to a child’s belief in the tooth fairy.

Yahweh will judge those who are alive, as well as those who are dead, when he appears again to usher in His kingdom (Psa 96:13, 98:9, 2 Tim 4:1). The wrath of the Lamb, involves separating the living from the dead – spiritually speaking. A pre-tribulation rapture would allow for an escape clause from this judgment which is impossible.

Isaiah 11:4 But with righteousness shall he judge the poor, and reprove with equity for the meek of the earth: and he shall smite the earth with the rod of his mouth, and with the breath of his lips shall he slay the wicked.

Luke 21:28  And when these things begin to come to pass then look up, and lift up your heads; for your redemption draweth nigh.

During the great tribulation, those who have eyes to see will understand that the long-awaited return of their Redeemer, is nearer than when they first believed (Rom 13:11).
The second death has no power over the one who is left behind, that partakes of the first Resurrection (Rev 2:11, 20:6, 20:14, 21:8).

Rev 11:18 And the nations were angry, and thy wrath is come, and the time of the dead, that they should be judged, and that thou shouldest give reward unto thy servants the prophets, and to the saints, and them that fear thy name, small and great; and shouldest destroy them which destroy the earth.

Yahweh’s true servants are rewarded at the end of the great tribulation period. This group includes those who remain on earth, as well as the Prophets and Saints that He brings to the earth at his second advent. This reward for faithfully enduring occurs when He returns to reign forever (Exo 15:18, Isa 24:23, 62:11-12, Mic 4:7, Col 3:24, Rev 22:12).

The Elect shall Remain Behind – The Wicked Are Taken

Our Savior will come to be glorified before his Saints, however, with flaming fire He will take vengeance on those who do not know Him or obey His commandments (Psa 68:17, 79:6, Dan 7:10, 2 Thes 1:7-8, 2 Pet 3:7). He is revealed from on high, and He brings His angels with Him. If there was to be a pre-tribulation gathering (or rapture) there would be no need to bring His angels to earth.

2 Thes 1:10  When he shall come to be glorified in his saints, and to be admired in all them that believe…

2 Thes 2:2 That ye be not soon shaken in mind, or be troubled, neither by spirit, nor by word, nor by letter as from us, as that the day of Messiah is at hand.

The day of our Messiah’s return spoken of in 2 Thess 2:2, represents His return to gather the Saints.

Let no man deceive you by any means: for that day shall not come, except there come a falling away first, and that man of sin be revealed, who is the son of perdition (2 Thess 2:3).

After The Great Tribulation The Ungodly Are Taken Away

Matt 24:29 Immediately after the tribulation of those days shall the sun be darkened…

Messiah will send forth His angels with a great sound of a trumpet, and He will gather together His elect (Math 24:31). The left behind, who are His faithful followers are the ones who are gathered after the great tribulation. However, they shall be gathered to be changed and will reign as kings and priests for a thousand years on earth (Rev 5:10).

At the end of the world is a great harvest. The devil is the enemy that has planted the tares, and the reapers that gather the tares are the angels that follow our Savior from on high (Math 13:39-41).

The good seed refers to the one who is left behind.