The Second gathering of Israel

When Yahweh’s Spirit of truth dwells within us, we can then understand His Word that gives us a sure hope, enabling us to endure until the end (John 16:13).

It is still widely taught that the establishment of Israel in 1948, is the fulfillment of prophecy related to the second gathering of Israel.

Judeo-Christians usually refer to Christianity as having its origin in Judaism, and speak of the commonalities shared between those two religions. Part of this Christian sect believes that the second gathering of the man made Nation of Israel, is Yahweh’s covenant promise to his people realized.

Many believe in two separate covenants given to two very different people groups. Apparently God has a special plan of redemption for a group of Jewish people, and another plan for the Christians.

Rom 11:2 Yahweh hath not cast away his people which he foreknew…

There are several “supposed proof texts” utilized to convince the Church into believing that the second gathering of Israel has already occurred.

Isaiah 11:11 And it shall come to pass in that day, that Yahweh shall set his hand again the second time to recover the remnant of his people…

The religions of Christianity and Judaism, both affirm that the land of Israel has been set aside for the Jews as an everlasting possession (Gen 17:7-8, 26:3-5). 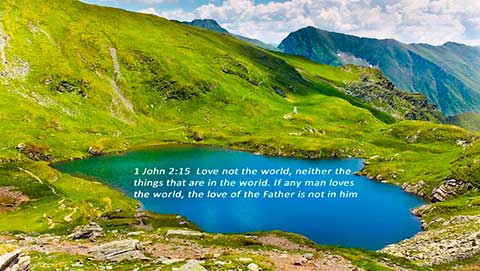 When is The Second Gathering of Israel?

The understanding in regards to the timing of the second gathering of Israel, and the identity of the true Israel of Yahweh, is realized by those who are Sealed with the Spirit of Yahweh.

According to the Word of Yahweh, the second gathering of Israel, is of a Spiritual people, and this occurs after the Great Tribulation.

Matt 13:41-43 The Son of man shall send forth his angels, and they shall gather out of his kingdom all things that offend, and them which do iniquity; And shall cast them into a furnace of fire: there shall be wailing and gnashing of teeth. Then shall the righteous shine forth as the sun in the kingdom of their Father. Who hath ears to hear, let him hear

The scriptures clearly show us that the second gathering takes place, after the two witnesses have confirmed the covenant with many (Dan 9:24-27).

Messiah the Savior who is the very image of Yahweh, will establish righteousness and restore the former glory of His creation. The kingdoms of this world will come under His control, and the redeemed shall receive their Salvation.

Isaiah 24:23 Then the moon shall be confounded, and the sun ashamed, when Yahweh of hosts shall reign in mount Zion, and in Jerusalem, and before his ancients gloriously

Mar 13:24 But in those days, after that tribulation, the sun shall be darkened, and the moon shall not give her light

The second gathering of Israel will be a time of everlasting joy for all of the Redeemed of Yahweh.

Isaiah 51:11 Therefore the redeemed of Yahweh shall return, and come with singing unto Zion; and everlasting joy shall be upon their head: they shall obtain gladness and joy; and sorrow and mourning shall flee away