Call upon the name of Yahweh

For whosoever shall call upon the name of Yahweh shall be saved (Rom 10:13).

It shall come to pass, at the end of this age, that those who call upon the name of Yahweh shall be saved (Joel 2:32).

Luke 2:10 Then the angel said to them, “Do not be afraid, for behold, I bring you good tidings of great joy which will be to all people

What were the Angel’s good tidings of great joy, shared with those shepherds, who were nigh unto Bethlehem?

Luke 2:11 For unto you is born this day in the city of David the Savior, which is Christ the Lord

Yahweh alone is Savior of the elect, that are sealed with His Spirit. The promised Messiah (who is given a false title of Christ) is actually Yahweh manifest in the flesh,  the mighty one spoken of in the Old Testament. Lord is also a false title, that is reserved for men alone – it is not to be used when addressing Almighty Yahweh.

What this Angel declared was, Unto you is born this day in the city of David the Savior, who is Yahweh the Messiah.

The Son who came forth from the Father, is called the Messiah, but that is not His name.

He is given many titles, such as Immanuel, Messiah (falsely translated as Christ), Son of the Highest, and the Everlasting Father who is faithful and true. He is also our Savior (Luke 1:47, Jude 1:25).

We’re Commanded to Call upon the name of Yahweh 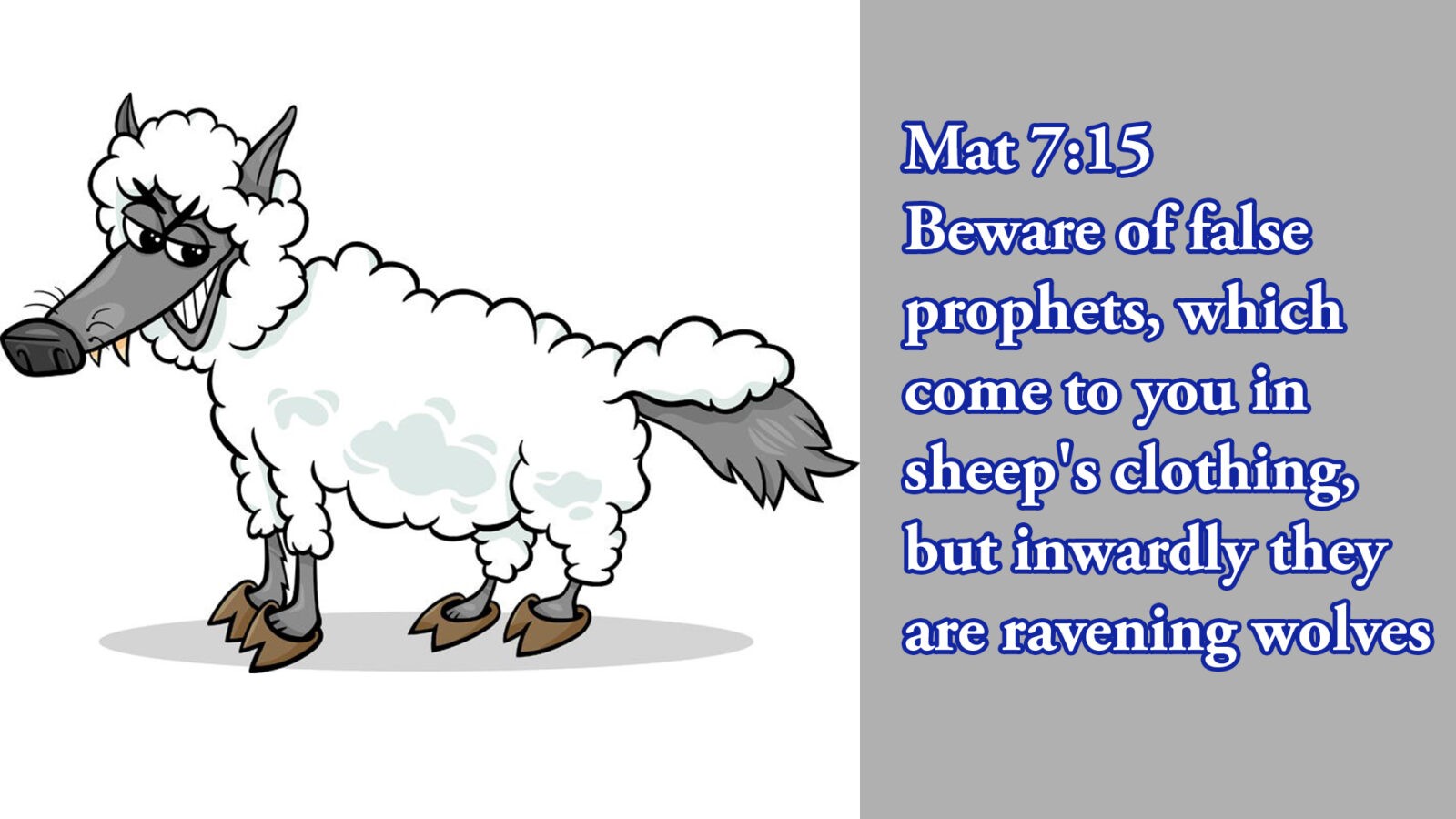 The following three highlighted links, will explain why the titles of Lord, Christ and the false name of Jesus must not be used.

We praise the name of the one that created the Heavens and the Earth, whose name is Yahweh. The Judaized title of Lord , does not represent the Glorious name of Yahweh, and should be avoided. The same can be said for the word Christ.

We give glory to our Savior and Messiah, who is Yahweh manifest in the flesh. We do not participate in using the false name Jesus.

How many who study the Word, are even aware that the word Lord, which is a title, can only refer to men. The etymology or root word of the Greek word kyrios, (G2962) is from kuros which has a meaning of supremacy. The word kyrios, translated as Lord in English, is not derived from the original Hebrew name of Yahweh. This represents a criminal act, that much is for sure! We must always call upon the name of Yahweh.

Luke 2:13-14 And suddenly there was with the angel a multitude of the heavenly host praising Yahweh also, saying “Glory to Yahweh in the highest, and on earth peace, and goodwill toward men”

The Heavenly Host were praising Yahweh that was manifest in the flesh on that glorious day.

Luke 2:21 And when eight days were accomplished for the circumcising of the child, his name was called, _ _ _ _ _ _  which was so named of the angel before he was conceived in the womb

The translation of Luke 2:21, is problematic for many reasons. The Angel does not say His name was, but that He was was called.

We have already discovered in Luke 2:11, and Isa 9:6, that the Messiah’s name is Yahweh.

He came forth as the Savior, and was given the title of Messiah – thus describing who He is.

The Angel could not, and did not, declare that the Son of Yahweh was Jesus. He could have announced that the child was in fact the Savior, or the promised Messiah, or Yahweh.

The word name (G3686), can also be in reference to a title that one is given, or ones rank or authority. It also refers to the cause or reason one is named or called. A good example is found in Mat 1:23, and they shall (call G2564) his name Immanuel. A better translation would be, and for this reason they shall cry out, or declare, Immanuel (Yahweh with us).

However, the word (named G2564), should be translated in Luke 2:21 as, announce or declare in a loud voice. See the verses below for context.

Lord and Christ represent an impossible transliteration, and translation

The righteous shall be called the sons of Yahweh (Rom 8:14). This is indeed a righteous title, however it is not a personal name (1 John 3:1). But most certainly, his children shall call upon the name of Yahweh.

Rev 19:11 And I saw heaven opened, and behold a white horse; and he that sat upon him (was called G2564) Faithful and True, and in righteousness he doth judge and make war

Rev 19:13 And he was clothed with a vesture dipped in blood: and his name (is called G2564) the Word of Yahweh

The word Christ is an English translation of a Greek transliteration, of a Greek word (G5547 christos). It is not derived from any Hebrew word.

Our Savior is to be called the Messiah, not the Christ. The etymology, or origin of the transliterated Hebrew word Mashiyach, is from H4899 מָשִׁיחַ. An acceptable English translation would be Messiah, but it would not be Christ.

Luk 2:26 And it was revealed unto him by the Holy Spirit, that he should not see death, before he had seen the Lord’s Christ

It was revealed unto Simeon, by the Holy Spirit, that he would not die until he had seen Yahweh (as) Messiah (Luke 2:26).

Lord and Christ represent an impossible transliteration, and translation. Also, Christ does not belong to the Lord. Better said, Yahweh does not have a Messiah, He is the Messiah.

Knowing that from Yahweh, ye shall receive the reward of the inheritance: for ye serve Yahweh the Messiah (Col 3:24).

This promise unto Simeon, was fulfilled when he beheld the child, who is Yahweh the Savior (1 Tim 2:3, Jude 1:25). Simeon saw the One who was his salvation (Luke 2:30). The Holy Spirit dwelt with Simeon, and he would be very much aware that Yahweh alone was his Savior.

Strong’s G 2424 claims that Ἰησοῦς is transliterated as Iesous. It is also stated that the KJV translates Strong’s G2424 as Jesus and Joshua. The etymology, or origin of this word translated into English as Jesus, is apparently of Hebrew origin יְהוֹשׁוּעַ (H3091) and that word is transliterated as Yehowshuwa, which has it’s etymology, or origin from יְהֹוָה (H3068) and יָשַׁע (H3467). which then is translated to Joshua with a meaning of Jehovah is salvation. Can you follow this distorted and illogical so-called etymology?

Names are to be transliterated they are not translated, and the so-called name of Jesus is not a transliteration of any Hebrew name, or word, for that matter. We know that Messiah pre existed before Abraham – how is it then that this name Jesus is not mentioned in the Old Testament?

The name Jesus is not a transliteration, nor is it a translation, it is a very poor and misleading Judaized replacement. The true word of Yahweh has been significantly altered by the Lying Pen of the Scribes.

Our great redeemer has a name above all other names, this can not be said of Joshua (H3091).

It is impossible that the only Savior, who is Yahweh manifest in the flesh, would share His name with Joshua. Also, the Messiah came forth with the Father’s name, and that glorious name is Yahweh. This Joshua did not do (John 5:43, Math 21:9).

If Joshua of the Old Testament and the Jesus of the New Testament really represent the same name, then the Word of Yahweh is a contradiction, and a lie.

Can we then call upon the name of Joshua and be saved? And why is one name translated as Joshua, and the other as Jesus? Deception is the only answer. Also, from H 3091, we get the transliteration of Yehoshua which can not be spelled with the letter J. The name of Yehoshua, if that is the correct transliteration, can not then be translated into the name Joshua, and certainly not Jesus.

Act 4:12 Neither is there salvation in any other: for there is none other name under heaven given among men, whereby we must be saved

Phil 2:11 And that every tongue should confess that Jesus Christ is Lord, to the glory of God the Fathe

It shall come to pass, at the end of this age, that those who call upon the name of Yahweh shall be delivered (Joel 2:32).

And that every tongue should confess that Messiah is Yahweh, therefore glorifying Yahweh the Father (Phl 2:11).

Call upon the name of Yahweh, and cast off the works of darkness (John 11:10).