A False Doctrine in Christianity – Lying Pen of the Scribes

A false doctrine in Christianity occurs when mistranslated scriptures are presented in order to justify a counterfeit gospel message.

Mistransliterations, such as Lord, and Christ are also employed to blot out the name of Messiah the Savior, who is the very image of Yahweh manifest in the flesh.

Dan 9:27 And he shall confirm the covenant with many for one week: and in the midst of the week he shall cause the sacrifice and the oblation to cease…

When Daniel 9:27 is given as a proof text for Satan making a covenant with Israel for seven years, a false doctrine in Christianity is created.

End time revelations are revealed by correctly understanding that Dan 9:27, proves the following:

Heb 7:27 Who needeth not daily, as those high priests, to offer up sacrifice, first for his own sins, and then for the people’s: for this he did once, when he offered up himself

In the midst of the week, or after his three and a half year ministry, our Messiah became the final sacrifice. He was the one who caused the sacrifices to cease.

2 Thes 2:4 Who opposes and exalts himself above all that is called god, or that is worshipped; so that he as a god dwells in the temple of god, shewing himself that he is god

The statement, he as god sits in the temple of god, is part of a verse that is one of the most misused, and misunderstood, in relation to end times prophecy teachings.

The gross misrepresentation of 2 Thes 2:4, is a false doctrine in Christianity that is used to propagate the theory of a rebuilt Jewish temple in the last days (1 Cor 3:16). 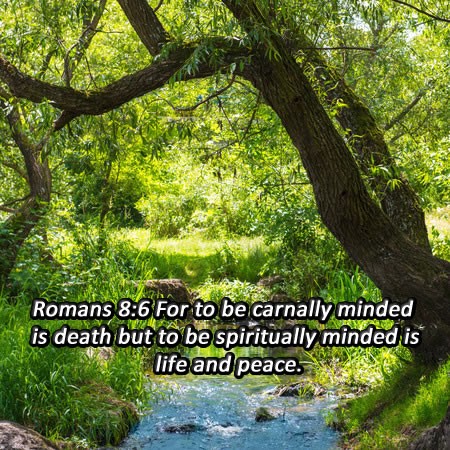 The article entitled he shall confirm the Covenant with many proves that the 7 Year Tribulation theory is yet another false Christian doctrine.

Few are spiritually prepared for the great persecution of Christians that will occur when the beast that rules the fourth World Kingdom arrives. He will unleash his campaign of terror, and only the Elect who are sealed with the Holy Spirit will endure. A deceived Church that has bet wrongly on a pre-tribulation rapture will fall by the wayside.

Our Savior declared, one shall be taken and the other shall be left behind. The ones taken away are the ungodly. This truth, is the exact opposite of the pre-tribulation rapture lie (Luke 17:26-37).

The Word of Yahweh and the doctrines of men are usually at odds with one another. A false teacher is one who presents the unbiblical pre-tribulation rapture heresy.

Matt 24:37 But as the days of Noah were, so shall also the coming of the Son of man be.

Yahweh’s Elect are left behind when Messiah returns, the examples of Noah and Lot show that the ungodly are the ones who are taken away. The Elect will remain to inherit the Kingdom on earth at the second coming of Messiah the Savior.

Matt 24:39 And knew not until the flood came, and took them all away; so shall also the coming of the Son of man be

Rev 11:15 And the seventh angel sounded; and there were great voices in heaven, saying, The kingdoms of this world are become [the kingdoms] of Yahweh, even of the Messiah himself; and he shall reign for ever and ever

The last trump is at the end of the Great Tribulation period on earth when those who are known by Yahweh, will put on incorruption and immortality.

Titus 1:14 Not giving heed to Jewish fables, and commandments of men, that turn from the truth

Many false doctrines are brought forth by the Judeo-Christian Cult.

The dual-covenant replacement theology teaching is contrary to sound doctrine; as such it should indeed be refuted.

According to one of the most popular dispensationalism theories, Yahweh has a special and unique plan of redemption for an earthly people referred to as Israel, and a heaven-bound group of people known as His Church. This in spite of the fact that the true second gathering of Yahweh’s Israel has yet to transpire. Meanwhile, the Christians are apparently raptured away before the Great Tribulation.

However, regardless of what man-made term is utilized, this thinking represents a dual-covenant doctrine that is simply not Biblical (Rom 10:12, Gal 13:28, Col 3:11).

The theological rhetoric in relation to replacement theology, teaches that both the Old, and the New Covenant Laws, are applicable (or simultaneously enforced by Yahweh). This teaching declares that Yahweh, has a special relationship with those who reside in the stolen land, known today as Israel. Nothing could be further from the truth. The true Israel of Yahweh, have His Spirit dwelling within them (Jer 31:33-34).

Those that have the seal of Yahweh, will be protected from the vials of His wrath. This wrath is poured out upon those who are marked by the beast.

To be sealed with the Holy Spirit is not something that is unique to the 144,000, that are mentioned in the book of Revelations.

The faithful followers of Yahweh, who are sealed and set apart, will not accept the beast.

Romans 16:17 Now I beseech you, brethren, mark them which cause divisions and offences contrary to the doctrine which ye have learned; and avoid them

So many within the so-called Christian churches have allowed their minds to be corrupted by wolves in sheep’s clothing. These workers of iniquity love to preach on the following Bible verse. This is just one of the hundreds of scriptures that have been altered, and thus corrupted, with purposeful deceit.

Heb 13:7 NLT Remember your leaders who taught you the word of God. Think of all the good that has come from their lives, and follow the example of their faith

This new living translation, represents not only a mistranslation. but an abomination of the true Word of Yahweh.

Below is the intended meaning of this Scripture, and as you will see, the modern day mistranslation is very deceitful.

So that we may boldly say, Yahweh is my helper, and I will not fear what man shall do unto me. Remember (who) governs you, and who has spoken unto you, “the Word of Yahweh” Whose faith follow, considering the end of (your) conversation (or behavior) Messiah the same yesterday, and to day, and for ever. Be not carried about with divers and strange doctrines (Heb 13:6-9).

There is only one fold and one shepherd (John 10:11-12). Far too many have based their beliefs on Christian fables, this is an identification of a Christian Cult.

The false teaching with regards to Salvation, has replaced the hope and assurance of Salvation, with a cheap imitation.

Salvation is impossible to obtain before Yahweh returns with our Salvation, it is also impossible to be saved without the Baptism of His Spirit.

Yahweh’s judgment will be quite severe, and many will be shocked, when it is discovered that His wrath is against them. Unfortunately, many sheep, have been lulled to sleep by the wolves in sheep’s clothing.

Matt 7:23 And then will I profess unto them, I never knew you: depart from me, ye that work iniquity

How can a church that does not even understand the promise of Salvation, claim to have a personal relationship with God?

Matt 7:24 Therefore whosoever heareth these sayings of mine, and doeth them, I will liken him unto a wise man, which built his house upon a rock

Salvation is when we receive our redemption, or deliverance from the sinful flesh. Those who claim that they are already Saved, have built their foundation upon sinking sand.

Luke 21:28 And when these things begin to come to pass, then look up, and lift up your heads; for your redemption draweth nigh

A False Doctrine Justified by The Old Testament Law

None could be justified by the Law given unto Moses. Righteousness can only be bestowed upon those who are covered by the blood of the Lamb, that takes away the sins of the world.

Luke 21:27-28 And then shall they see the Son of man coming in a cloud with power and great glory. And when these things begin to come to pass, then look up, and lift up your heads; for your redemption draweth nigh

The new law of Messiah our Savior, and the Salvation He provides, is the hope of the Old and New Testament Saints alike.

A deceitful doctrine is to declare that we are still under the Old Law given unto Moses. The frauds at the pulpit will usually instruct their followers to keep the Sabbath and tithe.

Rom 4:14 For if they which are of the law be heirs, faith is made void, and the promise made of none effect

We must not try and combine the Old Law given to Moses, with the New Covenant presented by the Messiah.

Rom 4:13 For the promise, that he should be the heir of the world, was not to Abraham, or to his seed, through the law, but through the righteousness of faith

It was prophesied that Abraham would be a father of many nations, and that the blessing promised to him, might come upon all nations through Messiah the Savior.

2 Tim 4:3-4 For the time will come when they will not endure sound doctrine; but after their own lusts shall they heap to themselves teachers, having itching ears, and they shall turn away their ears from the truth, and shall be turned unto fables