The Beast that rules the fourth World Kingdom

As Prophesied the final fourth World Kingdom will indeed be established. It will also usher in a spiritual allegiance to the Beast, described as the man of sin, who is dreadful, terrible, and exceedingly strong. His totalitarian regime will indeed dominate the military, political, and financial systems of the entire world.

This beast (or little horn) is also called the son of perdition. He will reign until Messiah returns. The word perdition means waste or destroy, and refers to a spiritual destruction (2 Pet 2:1-3, 3:7).

This demonically inspired Beast that rules the fourth World Kingdom will change the laws of Yahweh and will demand to be worshiped as god. The period of time given here is three and one-half years, which represents the time of the Great Tribulation. 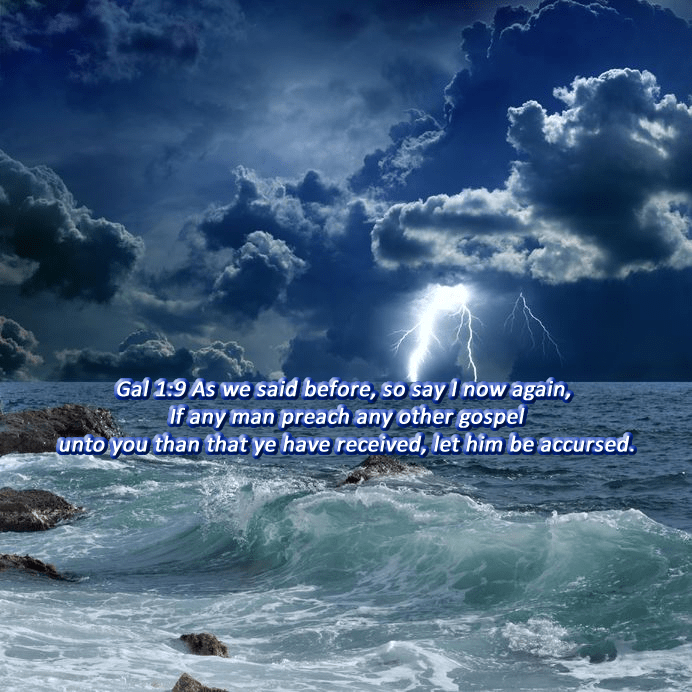 The Revelation of Mystery Babylon which is destined to be revealed, will become the final earthly empire to exist prior to our Messiah’s second advent, and his thousand-year reign.

Dan 7:7 …and behold a fourth beast, dreadful and terrible, and strong exceedingly… it devoured and brake in pieces… and it had ten horns.

Death and persecution of the Elect will occur during the final and great tribulation on earth. Also, Satan will effortlessly crush the existing new world disorder, and expose all who have been complicit in the horrific crimes of the Great Whore.

Rev 2:9 I know thy works, and tribulation, and poverty, (but thou art rich) and I know the blasphemy of them which say they are (of the tribe of Judah), and are not, but are the synagogue of Satan.

The fourth World Kingdom |Destruction of the Great Whore

The Judgment of the Great Whore is at the hands of the ten kings that give their allegiance to the Beast.

Rev 19:2 For true and righteous are his judgments: for he hath judged the great whore, which did corrupt the earth with her fornication, and hath avenged the blood of his servants at her hand.

The cabal that now rules and controls most of the world through deception and untold crimes against humanity will be destroyed suddenly and without warning. As well, all who have supported, or turned a blind eye towards her atrocities will be exposed as the workers of iniquity.

The Great Whore has infiltrated many religious organizations with her intoxicating doctrines of deceit, by means of the false teachers in the Christian church.

To follow the commandments and doctrines of man is representative of yet another false religion.

The following numbered articles (that were formerly posted at the Christian truth project website) are accessible by members that support this ministry. There are also (six) introductory study guides below, available to all.

2 –  The Great Whore of Mystery Babylon

3 – The Mystery of Babylon and the Beast

Mystery Babylon is Revealed – part one of  series click HERE

4 – The Whore of Mystery Babylon

5 – The Revelation of Mystery Babylon

6 – The mystery of Israel is Revealed

7 –  The Second Gathering of Israel

The Second gathering of Israel – part one of  series click HERE

8 – The Temple of Yahweh

Those that have been Sealed with the Holy Spirit of promise, are given the power to endure the persecutions brought forth during the fourth World Kingdom. They are called the true Israel of Yahweh, the Elect, and the ones set apart that the Spirit of Yahweh dwells in (Gal 6:14-16).

The gathering together of the Elect unto a Holy Jerusalem will not happen until Messiah’s second Advent (Isa 51:1-19).

There are two nations in particular that have turned a blind eye towards the atrocities committed at the hands of their demonic leaders. Their days are definitely numbered.

While many do indeed tolerate and even applaud crimes against humanity, in order to maintain a materialistic lifestyle at the expense of others, many spirit-filled believers, find this behavior reprehensible.

There are several people groups that condone murder, theft, and the destruction of others. Those that have no remorse for the suffering of others are members of a demonic exceptionalism cult.

A world changing prophetic reset is underway, and with it comes a new Confederation of nations that will completely destroy the current Great Whore system of deception and death.

Those who are a part of the ten-nation confederacy will prove to be the final blow to the current new world disorder.

Matt 13:41 The Son of man shall send forth his angels, and they shall gather out of his kingdom all things that offend, and them which do iniquity.

Blessed are those who are persecuted for the Gospel of Messiah, for they will inherit the kingdom of heaven (Matt 5:10).

This is not a popular verse for those that subscribe to the false teachings regarding the pre-tribulation rapture.

Matt 10:22 And ye shall be hated of all men for my name’s sake: but he that endures to the end shall be saved.

You shall be hated of all men is a burden that few can carry, but the reward for doing so is immortality and incorruption (1 Cor 15:54).

1 John 2:15 Love not the world, neither the things that are in the world. If any man love the world, the love of the Father is not in him.

How many who claim to be born again, are in fact deceived as a result of the frauds at the pulpit that have tickled their ears, telling them all they desire to hear.

It is a great tragedy to never experience the true indwelling of the Holy Spirit, and yet claim to be born again without any evidence that this transformation has taken place.

In order to convince the false church that the rapture, or gathering of the elect occurs before this end-time tribulation, many deceptive doctrines are introduced.

What were the things that Paul told the Thessalonians earlier on regarding the return of Messiah?

The very first warning given unto us regarding the last days is not to be deceived (Luke 21:8).

Great deception within Christianity occurs as a result of biased interpretations, made by impostors that have an appearance of Godliness. The false teachers in the Christian church do not want their followers to discover the Spirit of Truth.

Because very few even understand what it means to be baptized with the Holy Spirit, deception within Christianity does indeed flourish.

It is the Comforter that Yahweh sent, that teaches us all things and prevents us from following the deceptive doctrines of men. Far too many confuse the tingling sensation they experience from an entertaining well orchestrated cinematic like production, at a building called the church, with that of the infilling of the Holy Spirit given unto the true church.

The deceptive doctrines given by the self-righteous and hypocritical impostors should prove that they deny the true power of Yahweh. However many want a messenger that will allow them to be comfortable in their sin; these simply wish to be lulled to sleep (2 Tim 3:1-9, 2 Tim 4:3).

False pretenses may be a statutory offense in a court of law, but when dealing with matters of spirituality they are quite deadly in their consequences (Rom 6;16-23, Rom 8:2, 2 Cor 1:9).

The lack of spiritual discernment leads to the great deception and falling away that will occur during the fourth World Kingdom.

Romans 8:9 But ye are not in the flesh, but in the Spirit, if so be that the Spirit of Yahweh dwells in you. Now if any man have not the Spirit of the Messiah, he is none of his.