No man might be able to buy or sell

The day is fast approaching wherein no man might be able to buy or sell as a result of the Beast that rules the world for a time, and times, and the dividing of time (Dan 7:25). The son of perdition (or destruction) rules for 3 1/2 years, which is the time of the Great Tribulation (Mat 24:21, Rev 7:13-17).

The coming digital or cashless currency system that is soon to be implemented will be the paradigm shift that will enable this man of sin, called the little horn, to have an amazing level of control over the masses. His rule over the financial activities of most of the earth’s inhabitants will be such, that no one will be able to buy or sell without yielding to his decrees.

Rev 13:17 And that no man might be able to buy or sell, except he that had the mark, or the name of the beast, or the number of his name.

The article entitled the Mark of the Beast and the Seal of Yahweh will identify the difference between those who are set apart from the deceived.

All of the deceived will worship the man of sin, and the work of their hands, represents their participation in the wickedness that will be brought forth during the fourth Beast system (Dan 7:7, 11, 2 Thes 2:3, John 5:43). The right hand represents the power (or actions thereof) of man, and of Yahweh. The phrase,” to receive a mark in their right hand” refers to the mark of the Beast being etched into the minds of the deceived. The “mark” then is basically a badge of servitude towards the beast, or little horn (Mat 5:30, 26:64, Mark 14:62, Heb 1:3, Rev 13:16).

Psa 26:10 In whose hands is mischief, and their right hand is full of bribes.

Rev 13:16 And he causeth all, both small and great, rich and poor, free and bond, to receive a mark in their right hand, or in their foreheads:

Rev 16:2 And the first went, and poured out his vial upon the earth; and there fell a noisome and grievous sore upon the men which had the mark of the beast, and upon them which worshipped the image of him

This plague is poured out on those who will be able to buy or sell, and it is not because they have a visible mark. Yahweh knows the hearts and minds of those who will worship the Dragon and the Beast. But a remnant who have been sealed with the Holy Spirit, will escape this great deception (2 Tim 3:1-5, Rev 14:11, 15:2, 20:4).

Likewise, those who give glory to Yahweh do so willingly.

Rev 14:7 Saying with a loud voice, Fear Yahweh, and give glory to him; for the hour of his judgment is come: and worship him that made heaven, and earth, and the sea, and the fountains of waters.

What Yahweh puts into the minds of the kings that destroy the Great Whore is the willful surrender of their power to the Beast that rules the fourth World Kingdom (Rev 17:17).

2 Thes 2:8 And then shall that Wicked be revealed, whom Yahweh shall consume with the spirit of his mouth, and shall destroy with the brightness of his coming

Messiah the Savior who is the image of Yahweh manifest in the flesh, will destroy the beast and false prophet upon his second advent. During the 3 1/2 year great tribulation, the working or power of Satan will be strong enough to deceive all but the very elect (Mat 24:24).

2 Thes 2:9 Even him, whose coming is after the working of Satan with all power and signs and lying wonders

The Dragon or Satan is the one who gives power unto the beast (Rev 13:4).

2 Thes 2:7 For the mystery of iniquity doth already work: only (he who) now letteth (will let), until he be taken out of the way.

What Paul is saying is that we are not to be deceived, we know that the mystery of iniquity is already working. But we are to hold fast (to what we’ve been taught), because the one that works iniquity will be destroyed (2 Thes 2:8).

The mystery of he who now restrains is not found anywhere in scripture. The one that is taken out of the way when Messiah returns is the man of sin, the wicked one. This has absolutely nothing to do with the Spirit of Yahweh being removed (Dan 7:25, Rev 13:7).

Those Marked will be able to buy or sell

The Beast will obtain a temporary victory in his war against the Saints, and he and his followers will cause many of them to be put to death (Rev 13:15). The false prophet will have the power to kill with the sword, hunger, and death. He will have a lot of willing accomplices to help him achieve this task (John 16:2, Rev 6:8).

Mark 13:12-13 And the brother shall betray the brother to death, also the father the son; likewise children shall rise up against their parents, even causing them to be put to death. Moreover ye shall be hated of all men for my name’s sake: but he that shall endure unto the end, the same shall be saved.

Satan will control the minds and hearts of all those whose names are not written in the Lamb’s book of life.

When we study Revelation chapter thirteen we see that the causal effect of worshiping the god of this world is to become like unto him.

John 8:44 Ye are of your father the devil, and the lusts of your father ye will do. He was a murderer from the beginning, and abode not in the truth… 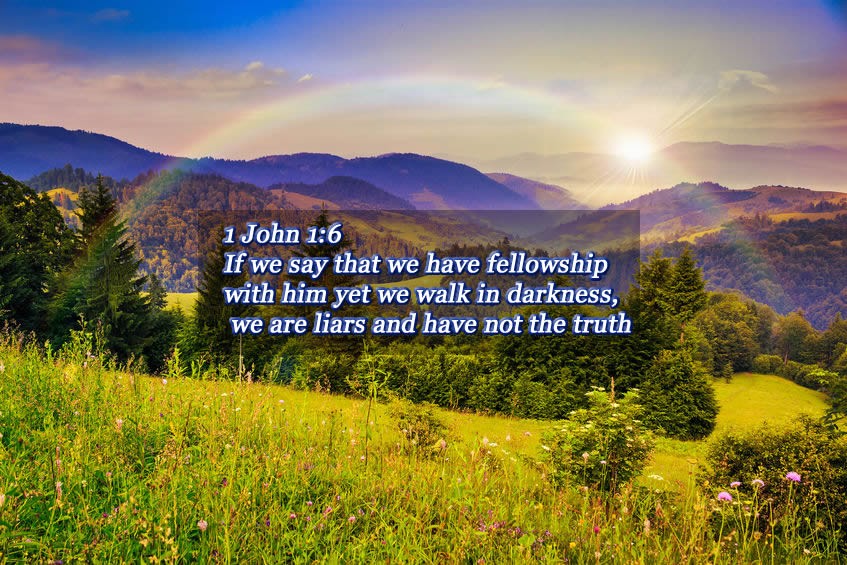 Mat 24:9 Then shall they deliver you up to be afflicted, and shall kill you: and ye shall be hated of all nations for my name’s sake

Those who have become martyrs for following Yahweh shall inherit everlasting life, but eternal damnation is the end result for those who follow the Beast (John 5:29, 12:25, Rev 13:7-8).

Rev 13:16 And he causeth all, both small and great, rich and poor, free and bond, to receive a mark in their right hand, or in their foreheads

There are seven words in Rev 13:16 that we need to carefully examine if we are to rightly divide the word of truth.

The deceived will worship the beast willingly, as a result of his great deception – the lying signs and wonders.

1- The word he can be eliminated.

2- Causes is better translated as to band together, fulfilled or commissioned or agree with.

4- The word to needs to be changed to that, as this word is in reference to: the purpose of, result, or intent of an action.

5- The word receive used in this verse means to grant, give or yield to another.

6- Mark is referring to a badge of servitude.

7- And finally the word in, is better translated to: by means of, because of, or by.

Both of the highlighted words in this passage are good translations for the G4160 (Rev 17:17).

The message brought forth regarding this second Beast is really quite simple (Rev 13:11-18).

Rev 9:4 And it was commanded them that they should not hurt the grass of the earth, neither any green thing, neither any tree; but only those men which have not the seal of Yahweh in their foreheads.

Those that yield to the Beast are marked through the works of their hands as well as what they believe in their minds. Also, as a result of the spiritual servitude and economic control, no man will be able to buy or sell except for he that is marked as belonging to the Beast.

2 Thes 2:11 And for this cause Yahweh shall send them strong delusion, that they should believe a lie

Those who have gotten the victory will not worship the Dragon or his earthly representative the Beast. These would not receive the Beast’s spiritual deception (Rev 13:16-17, 14:11, 15:2).

Rev 14:9-10 And the third angel followed them, saying with a loud voice, If any man worship the beast and his image, and receive his mark in his forehead, or in his hand, The same shall drink of the wine of the wrath of Yahweh

Many who believe in a false Salvation and a pre-tribulation rapture will also fall prey to the greatest deception ever to be seen at the hands of the master of deception himself embodied in the man of sin (Mat 13:19, 41).

1 John 2:27 But the anointing which ye have received of him abideth in you, and ye need not that any man teach you: but as the same anointing teacheth you of all things, and is truth, and is no lie, and even as it hath taught you, ye shall abide in him.

All who depart from, and also fail to accept the teachings of Yahweh, do not have a relationship with Him. He who abides in the doctrine of Messiah the Savior, he has both the Father who is also the Son (Isa 9:6, 2 John 1:9).

Rev 14:13 And I heard a voice from heaven saying unto me, Write, Blessed are the dead which die for the glory of Yahweh from henceforth: Yea, saith the Spirit, that they may rest from their labours; and their works do follow them.

If anyone worships the man of sin or Satan as god, then the temple or dwelling place in us that is designed and set apart unto Yahweh, is occupied by this impostor.

2 Thess 2:4 Who opposeth and exalteth himself above all that is called God, or that is worshipped; so that he as god sits in the temple of god, shewing himself that he is god.

Part two of the article entitled “He as God Sits in The Temple of Yahweh” can be found  here.